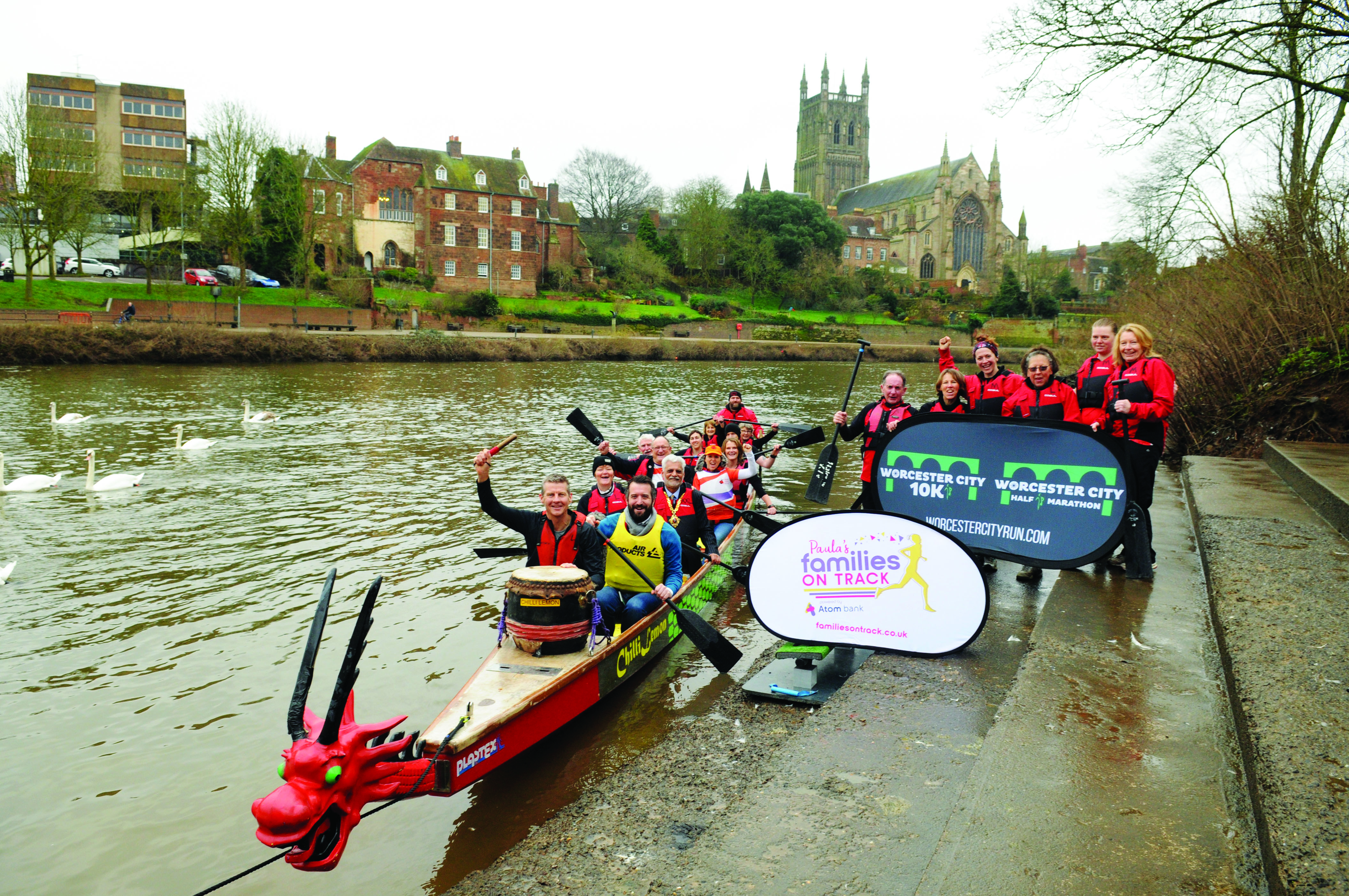 Founded in 2014, the Air Products Worcester City Runs attract thousands of runners and spectators to the city every September. The half marathon, 10K and Young Athletes Run have grown in size year on year, attracting both leading club athletes and large numbers of fun runners, many of whom raise money for good causes. For the second year, local organisation the Grace Kelly Childhood Cancer Trust will be the event’s official charity partner and is hoping to recruit a large team of runners, after raising thousands of pounds at the event last year. Meanwhile, several representatives of Worcester Dragon Boat Racing Club will also be taking part this year. Dragon boats can often be seen on the Severn, but running is an important part of training for the growing sport and club members plan to run in one of the Air Products Worcester City Runs as part of their fitness programme this year.

“One of the great features of the Air Products Worcester City Runs is how the event has successfully engaged with so many different parts of the local community. That’s epitomised by our partnership with the Grace Kelly Childhood Cancer Trust, and the fact that Worcester Dragon Boat Racing Club has decided to get involved this year. We’re really excited about bringing Paula Radcliffe’s brilliant Families on Track initiative to the city. We will be sharing more details about that in the near future and I’m sure that its addition to the programme will encourage even more people in the city to participate in this great festival of running.”

The brainchild of Paula Radcliffe, one of the UK’s greatest ever athletes, Paula’s Families on Track is powered by Atom Bank and will kick off the Air Products Worcester City Runs weekend on Saturday 5 September. It will be held at Worcester Racecourse on Saturday 5 September and will give family teams (of between three and five members) the opportunity to work together to complete 10K in a continuous relay in laps of either 1,000m, 500m or 250m, all on a safe, enclosed course.

Cllr Allah Ditta, Mayor of Worcester, comments: “The Worcester City Runs event is one of the city’s most popular annual fixtures, attracting huge numbers of participants and supporters every year. I’m particularly pleased that for 2020, people with less or no experience of running will have the opportunity to get involved too and experience all the benefits which exercise can bring.”

Lynn Willacy, community & STEM ambassador UKI, Air Products, comments: “We are delighted to be the main sponsor of the Worcester City Runs for another year. It’s a great opportunity to support the local community and to see people of all ages taking part, including some of our colleagues.”

Dr Jennifer Kelly, Director of the Grace Kelly Childhood Cancer Trust, adds: “We are so pleased to have been selected as the official charity partner of the Air Products Worcester City Runs for the second year in succession. Last year, the event raised just over £8,000 for the Trust as well as a great deal of awareness. We love the atmosphere of this event so much and we cannot wait to see our Ladybird Runners hitting the streets. If anyone would like to walk or run for our team at the event, we’d love to hear from them.

“The Grace Kelly Childhood Cancer Trust receives no statutory funding, and as such is reliant our amazing fundraisers to make our work possible, helping to fund research and supporting families when they need it most.”

To find out more about the Grace Kelly Childhood Cancer Trust and how to support the organisation by taking part in the Air Products Worcester City Runs, visit www.gkcct.org or email contact@gkcct.org.