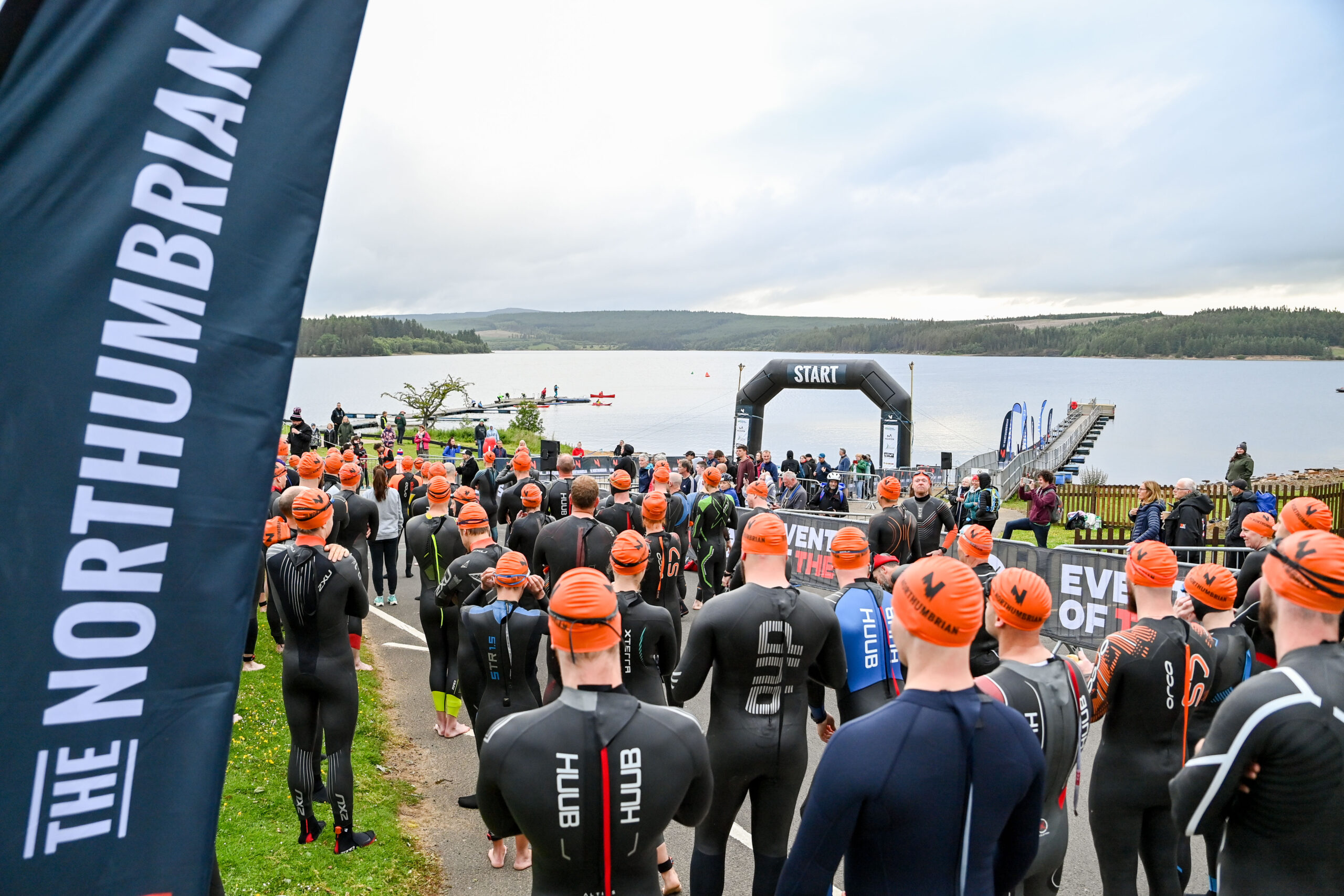 Athletes from the North East and around the country descended on Northumberland over the weekend to take part in the first staging of a new Iron-distance triathlon. Hundreds of competitors had signed up for The Northumbrian, which was hosted by Kielder Waterside, and took participants into the spectacular surrounding countryside on a fine, sunny day. After a successful inaugural event, organisers are planning for The Northumbrian to grow when it returns on Sunday 2 July 2023.

Billed as the ‘ultimate triathlon’, The Northumbrian was organised by Events of the North, the company run by athletics legend Steve Cram, with support from Northumbrian Water. Starting at 6:15am on Sunday, individuals and teams tackled races at both the full Iron-distance triathlon distance of 140.6 miles, and the half distance of 70.3 miles. Kielder Water was the venue for the swim section, while the roads of the Kielder Valley and the Borders hosted the bike route, and the run followed the trails of the iconic Kielder Marathon in the forests around the reservoir.

Race founder Steve Cram comments: “It was an epic day for all involved and I’m delighted that we’ve demonstrated that long distance triathlon like this can be successfully hosted at Kielder Waterside. Working closely with Northumbrian Water, we were able to stage the ultimate triathlon in a truly stunning setting and it was fantastic to witness the competitors take on the challenge. The weather gods were kind and our triathletes witnessed Northumberland in all its glory as they covered the course.

“Launching The Northumbrian had been a dream of ours since we held the first Kielder Marathon in 2010. Now that we’ve shown how it can be done, we’re already looking forward to the word spreading and the event growing when it returns on 2 July 2023.”

The Northumbrian was a professionally managed event with stringent safety measures in place for each stage. In particular, the organising team is keen to emphasise that the public should not swim in the reservoir in normal circumstances.

For full details on The Northumbrian or enter the 2023 event, visit https://thenorthumbrian.com